I was born (1941) and raised in Jamaica, West Indies. I was educated in Jamaica, England, Canada and the U.S.A. My family and I migrated and resettled in Corner Brook, Newfoundland in 1976, where I have lived since. My children were born in Jamaica and grew up in Corner Brook, NL. They and my two grandchildren now live in Calgary, Alberta. I remain attached to the sea and hills of my adopted home, with visits to the Caribbean.

After seven years of research and a major series of paintings about resettlement of fishing communities on the southwest coast of Newfoundland, I produced and designed a book on the same resettlement issue, “’The Forgotten Coast:’ Landscapes and Memories of Southwestern Newfoundland,” which I published independently this year on Blurb.ca. The paintings in the first section of the book are my own. The second and longer section consists of old photographs, contributed by the people of the coast themselves, which depict a rapidly disappearing way of life in Newfoundland.

Most of the paintings on this website are from that series. Giclée prints are available, see Shop/Prints. There were two shows of this work, “The Francois Project” at Grenfell Fine Arts Gallery, MUN, Grenfell Campus, Corner Brook, 2007, and “It all began with a hike” at Christina Parker Gallery, St. John’s, Newfoundland, 2008. Only a few pieces remain in my collection.

Since then I have been working with automatist explorations of acrylic-oil resists combined with close-up photography and photoshop. This satisfies a need to switch from premeditated intent to un-premeditated dialogue with materials and play with colour and texture. A few will be on this website later. 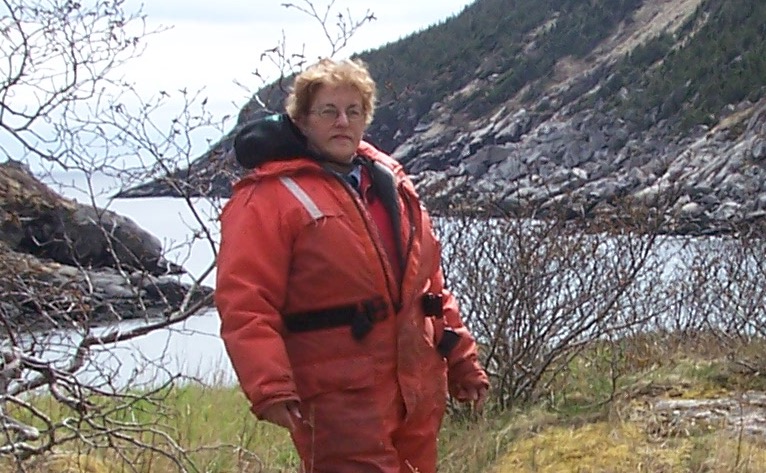 
I am an islander, born and raised in Jamaica, West Indies and settled now in the island of Newfoundland for some 39 years.  Little did I know when I settled in Corner Brook, NL, aching with home-sickness, that I would fall in love with Newfoundland’s southwest coast and its surviving and resettled outports.  Perhaps Jamaica’s mountains and sea had much to do with the powerful attraction Newfoundland’s southwest coast has for me.
It began with a group hiking trip to Francois in 2000. I videotaped the entire coastline between Grey River and Francois from the railing of the Marine Voyager. I wanted to paint this whole magnificent coast. So I kept returning to Francois annually for seven years.
Pronounced Fransway, Francois lies hidden in a fjord, snuggled beneath a 680-foot rock-face called “The Friar,” the community dwarfed by the majestic mountains. Behind this long ridge is the deep fjord of Chaleur Bay and an old Norwegian inshore whaling station at Reuben’s Cove. Beyond is a wilderness of rugged, glaciated granite, with stunted trees, steep coastal cliffs, and deep fjords, that rivals the well-known Gros Morne National Park.
Initially drawn by its beauty, I discovered a rich history of abandoned communities. Here courageous men and women built peaceful havens in isolated fjords and bays, close to fishing grounds where they wrested a living from the sea. Each year there is more decay of the few remaining structures. The last remnants of human habitation, overgrown ruins and cemeteries, remind me how transitory is life, how quickly nature reclaims all when people depart.
I tracked down former residents, “livyers,” around the island to gather oral histories on video, and collect old photographs of places & people.  Others I contacted by email. Some phoned or emailed me after reading an article on my explorations, painting & research in “The Coaster,” a newspaper in Harbour Breton. This article spread along the coast. People spoke with heartfelt nostalgia of their former isolated homes. They were generous with their time and stories, and amazingly trusting. Some took me and my side-kick researcher, Pat Dormody, on adventurous sea journeys, sometimes in open boats.
Resettlement remains a painful memory for some Newfoundlanders even today. In the 1960s the controversial Premier, Joey Smallwood, promoted resettlement. He was thus regarded as either saviour or sinner. Elderly people held real money in their hands for the first time, having lived in a cashless barter system all their lives. Residents were told that teachers, mail and medical services would be withdrawn. Families were paid a pittance to relocate from isolated outports to designated growth centres. Those who chose other locations received nothing. Some people dismantled and moved their houses, or towed them by sea to new places, leaving their ancestors behind. Even today some return to record the gravestones, or to bury their parents’ ashes. The sense of belonging & identity remains strong for many Newfoundlanders who treasure fond memories of their origins, “the place where I belongs.”
Of over thirty communities between Rose Blanche and Hermitage only six remain, La Poile, Burgeo, Ramea, Grey River, Francois, and Gaultois. “Livyers” are gone from Petites, North Bay, Cul de Sac West, Cape La Hune, Deadman’s Cove, Parsons’ Harbour, Rencontre West, Bob Locke’s Cove, Cul de Sac East, Richard’s Harbour; Muddy Hole, Mosquito, Pushthrough, Great Jervois (Jervais or Jarvis) and, most recently, Grand Bruit. 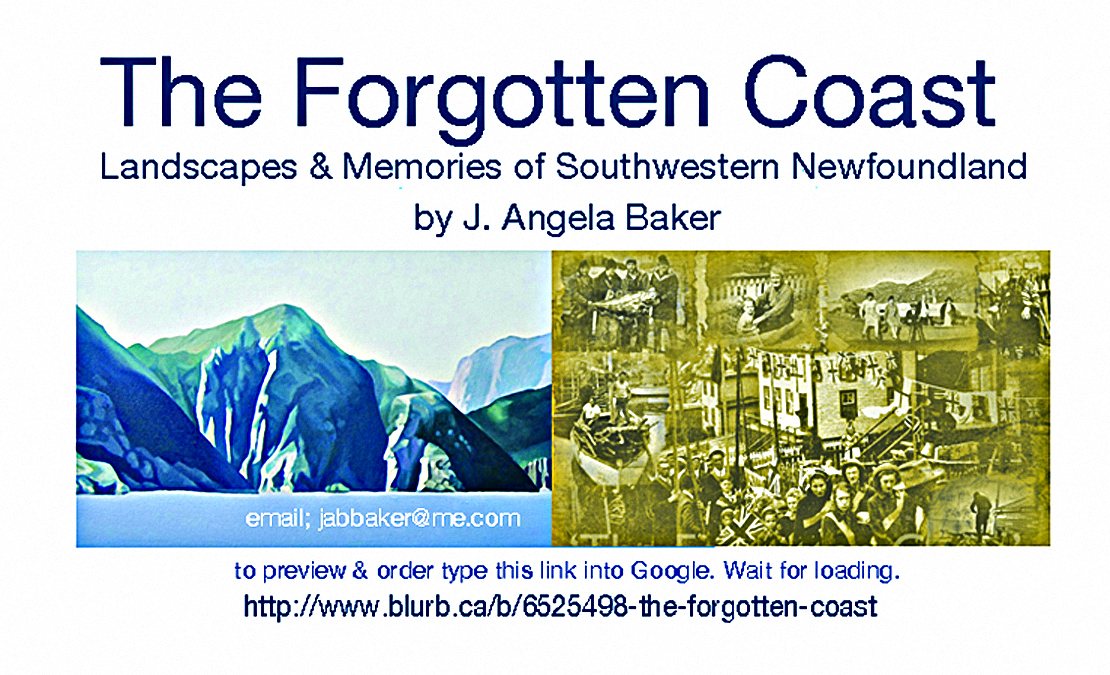 This is a demo store for testing purposes — no orders shall be fulfilled unless you contact artist by email. Dismiss